I had hoped she couldn’t tell. After all, she’s in the back seat of my SUV, munching on the brownie I gave her, looking through her bag to see if she remembered to pack her ballet shoes.

Every Tuesday I do this. In fact, she reminds me of this fact now. “Madre, how many times have you driven me to ballet school?”

I curse softly under my breath. Since September. I pick her up from school once a week at 3:45 and sign her out of her after-school class, beaming at the way she jumps for joy when she sees me walk through the door. She shares whatever snack they’re eating: graham crackers, gold fish, today chowder crackers, and then she races to the hallway to pick up her backpack. 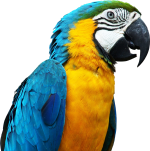 While doing all of the above, Sophie chatters like a Bohemian parrot: “Did you know that Calamity Jane was friends with Wild Bill Hickok? She was a true American frontierswoman.”

On and on she goes. Her energy reverberates up my spine, through my scalp, and into my soul.

“I’m not going to use Suzie today,” I bravely suggest to Sophie as I start the car this afternoon. The drive from her school to the ballet studio is 6.2 minutes, according to Suzie, my phone’s talking GPS.

While I drive Suzie-less, Sophie goes on and on about her drama class, in which she’s practicing her role as Calamity Jane. We discuss the definitions of “calamity,” and 11 minutes later, I mumble something.

Sophie sighs, not judgmentally, but with a twisted smile. “Better turn on Suzie.”

“Just promise me one thing,” I beg as I meander down streets I’ve never seen before, hoping to find a

driveway where I can stop and turn on the verbal map directions.

“Let’s not tell anyone I got lost again, okay? Just our little secret.”

The next day, I get a text from Sophie’s other grandmother. “Saw Sophie today; first thing she said to me was ‘Madre got lost going to ballet!’”

So much for my little secret.

104 thoughts on “Just Our Little Secret”