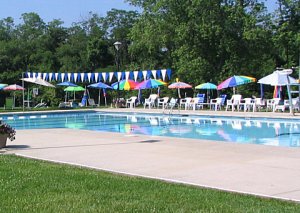 It all began on the Saturday of the Tri-County Swim Meet.

A glorious turquoise sky bled into the waters of the pool where people screamed in excitement as my brother won trophy after trophy, culminating in the final relay in which his incredible freestyle kick brought glory and a championship to Brookside Swim Club.

Suddenly, my skinny quiet “baby” brother became a hero. The “sport,” as our dad said over and over again, tapping my brother on top of his blonde crewcut. 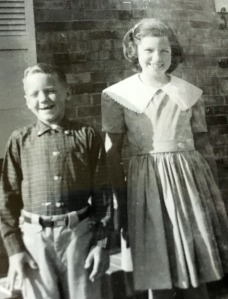 But the quotations faded as childhood middle age set in: 11. No longer a child, I saw myself as I thought others must: chunky, clumsy, and catatonic at times, sitting on the couch with a book while the rest of my family played.

My brother’s “play” panned out with the swim team. Swim meet after swim meet on that sweet summer of my discontent, he zoomed like superman in the aqua water, winning first place in the 10-and-under freestyle, breaststroke, and backstroke.

“Your sister is the slowest swimmer in her age group, but she sure has the prettiest stroke in swimming kingdom,” our dad said proudly, repeatedly, not seeing my shoulders crunch up in dismay.

But as my brother sped into stardom, I accepted the congratulations of my friends and friends’ parents with grace. “To be his sister! You must be so proud!”

Two hours after the final championship, back home, lunch eaten, family ready to go back to the pool to play, my brother and I waited by the door holding towels and goggles, parents searching for car keys and wallets. Bored in the wait, my brother teased me, chanting in a falsetto voice, “Pammy, the prettiest stroke in the world, but ohhhh sooooo slowwwwww.”

My fist lashed out faster than a shark, and my brother flew toward the glass door, then through it, glass shattering like shards of tears.

Shocked, I stood in front of my disaster, awed at my anger, ashamed at its consequence. Seconds later, my parents chastised me harshly, grounding me (first time ever) and leaving for the pool with my brother (totally unscathed).

From perfect daughter, to a perfect disgrace.

But they returned home sooner than expected, because my brother told my parents: “It’s my fault, I was mean to her.”

In the span of one summer, I learned about anger, jealously, envy, and forgiveness. 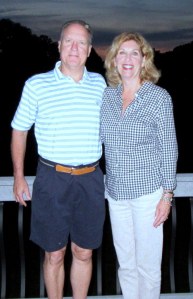 101 thoughts on “The 11th Summer of My Discontent”