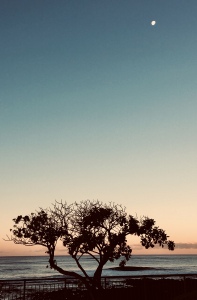 When Nora was young she allowed others to know of her difference. But many years ago she learned to keep her night-time charms to herself. Now, at 36 years, no doctors or therapists, no detectives or boyfriends could tell her what was “wrong” with her.

Absolutely nothing was wrong with her, and she kept it that way by keeping her secret to herself. Yes, she needed to be a solitary woman, but as a college professor, an opera lover, a hiker and a traveler, she could get out and about without colleagues figuring out what she was up to after midnight.

Nora needed no sleep. None. She was born with an ability to regenerate her body and her mind during active hours, a feat that no other animal, human or otherwise, had devised. As a child, she was termed ‘the vampire kid’ by cruel professionals. Her parents worried about her ceaselessly as they tried to tie her down to a bed (which was the idea of the mean, wicked Dr. Spalding, who mysteriously died in his sleep when Nora was 10).

The ropes disappeared then. As did her parents.

Once she was placed in foster homes, no one cared about her or about who she was, so she pretended to go to bed every night, listened to her pretend parents, and achieved good grades while exploring moonlit nights.

History called to her. Somewhere, some time, an individual must have had her ability. But through two Ph.Ds (history and psychiatry) and countless visits to hypnotists, occultists, and past-life regression therapists, Norah found no one else. 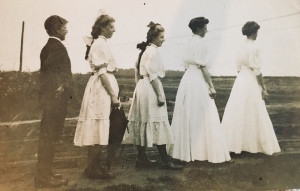 Until tonight. Three in the morning. Nora wandered the Historical Records Room of a New England village known for burning witches centuries ago, searching for an ancestor who perhaps had a secret such as hers.

A black-caped man approached her, hands held in a defensive manner in front of him as if she would punch him or smote him with a wink of her eye.

“I’m harmless,” Nora said, assuming he was an apparition that escaped out of the dusty volumes behind her.

His eyes of black diamond sparkled with amusement. “Ah, so you are.” He pulled off the hood of his cloak to reveal curly dark hair, a cleft on his chin, and a quizzical expression on his handsome face. “I think we have a lot to discuss, my friend. Are you willing?”

He held out his hand. Nora clasped it like a woman drowning, even though she hadn’t known she’d been sinking.

And that’s when their story began.