How often do you let go of your emotions?

If you could lighten up a bit, would you let yourself laugh more?

I used to lose control –  emotionally –  when I was younger, and thus was embarrassed many times, particularly back when I didn’t have the discipline we “adults” are expected to display.

I cringe when I recall times I’ve “lost it,” so to speak.

Movies are a prime example.

Before I knew myself better, I’d watch movies that destroyed me. I’m reluctant to give an example, but since I’m trying to lose control a bit, here goes…

Maria sings to Tony in
West Side Story.

Senior year of high school, best friend Karen and I walked to our little town’s century-old theater to watch the “old” movie that had been released over a decade earlier. I was told it was a musical, thus, I figured, light-hearted and fun.

I cried out loud – big, gulping ugly ripped-from-my-gut sounds that I could NOT stop, no matter how hard I pressed my hands into my stomach and bit on my tongue.

My wrenching sounds escalated, louder and louder, until Karen finally rushed me out of the theater – pale, exhausted, and mortified.

Perhaps for that reason we decided the following week to go to the X-rated theater in the larger, more “unknown” town next to ours.

We snuck in 10 minutes after the movie began, trying to ignore the sleazy-looking men staring at us. Thankfully, the ugly movie theater (which appeared more like a warehouse from the front) was dark, Dark, DARK inside.

Five minutes after we slunk into our seats. Karen began laughing. I closed my eyes tightly when  my first gurgle of a giggle joined hers. By the time the lady’s boobs were bouncing across the screen, we were laughing so out-of-control that the manager (brown suit, messy mustache, small eyes) came over to our seats and asked us to leave.

“Gladly,” Karen replied sweetly, but she was laughing so hard I don’t think he heard her.

Which brings up the time I “lost control” with my first boss. I was the book editor for a small medical publishing company – a huge job acquired soon after I got my M.A. in English.

That degree did not prepare me for the deadline-stresses, with authors demanding their books ASAP, printers demanding more time to produce the book, and my boss demanding to know why we were off schedule.

One evening, 15 minutes after the work day was supposed to be over, I walked into the boss’s office. K was known as a “hard-ass”: rigid, non-smiling, demanding. Only 41 years old, his hair was as white as snow, and his eyes just as cold when I told him that Joe down at the off-set printing “basement” had messed up the title page. The book would be days late now.

I quivered when I told K the news. He stared me down until I almost sank to my knees. But then his thin lips started moving even though he didn’t say a word.

Suddenly, he leaned back, holding tightly onto the arms of his chair, and began to laugh. Softly at first, but then louder, and LOUDER.

I felt my own stomach muscles begin to shudder, and before I knew it, I was laughing along with the hard ass.

We laughed for a decade.

Then for a century.

We laughed so long and so hard, tears began to stream down our faces.

We had totally lost control.

Finally, the laughter turned to chuckles, and then the chuckles to slanted smiles.

The book was printed a week late.

The author recovered from her fury.

And K and I became fast friends.

Losing Control  – x-rated in the minds of many. 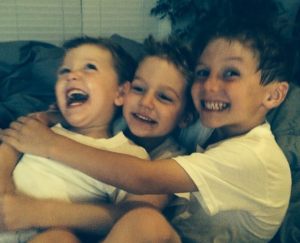 …is losing control really so bad?