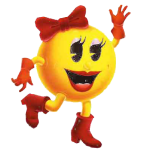 One of my blogging buddies told on himself right before Christmas – his wife likes her holiday decorations just a “certain way,” but this year, while she was working late, he put up the Santa Clauses and angels, the holly and trimmings, his way, before she came home.

Expecting a reprimand when she walked through the door, he was greeted instead with relief and a huge hugging thanks.

I commented on heylookawriterfeller’s blog that his shenanigan was successful because his wife loved him.

He commented back that “Love is all about putting up with shenanigans.”

I replied, “Love IS shenanigans.”

And then immediately I heard angelic harp music in the background of my brain as goose bumps traveled up my spine, and my soul got hit with an ‘aha’ moment.

No other emotion causes us to act so silly, to become so high-spirited with a mischievous glint in our eyes, and to act totally out of character…more than L O V E.

When I first met my guy, I’d been scorched/burned/defeated after an unsuccessful relationship. I made a pact with myself. NO MORE DATING. EVER.

I would be self-reliant and satisfied, single and successful, resilient and radiant with NO MAN in my life.

A month later, a friend introduced me to a guy, a confirmed bachelor who was moving to the other coast within a week.

But he played a shenanigan on me. He popped popcorn in his fireplace and talked about philosophy and friendships, goals and failures, football and The Nutcracker (uh huh).

Then he canceled his move for months and drove hours to visit me; he changed my tires and taught me how to play Pac Man (anyone remember Pac Man?).

Do you get the point? He “shenaniganed” me.

Next thing I knew, on April Fool’s day I was hiding shaving cream inside his loafers, so when he left for work in the morning, white foam crawled out of the crevices of his shoes.

He left me messages on the bathroom mirror – with toothpaste.

I hid freshly-baked chocolate chip cookies in his briefcase, so when he arrived at work, the gooey concoction brought all of his co-workers to his desk, oohing and ahhing.

The shenanigans sent me into a tail spin, because they could only mean one thing.

We were in love.

I tried to stop the shenanigans, but they continued, and got so bad that he proposed and I accepted.

Think back to those who you’ve shared a shenanigan or two with.

And then thank your lucky stars that you are the recipient of such friendship and love.

Here’s to a NEW YEAR full of shenanigans in your life!

Images thanks to Google. Mirror love thanks to my guy.