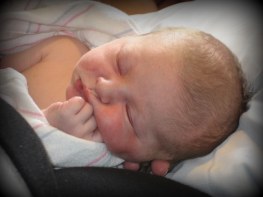 Once upon a time, a new being was pulled out of my belly, literally, and after a weighing and a cleaning, she was placed in my arms. I was awake and could feel nothing below my breasts. But my arms tingled with the weight of her, and my eyes watered with her beauty.

She didn’t cry, she mewed. She was the epitome of the lightness of being. Her little pink arms were held tightly up against her body, elbows bent, fists seeming to want to put themselves over her eyes, to block out the light and the noise and, I’m sure, the immense wonder of it all.

Two years later, I was back on that flat operating table, arms strapped down, eyes staring at the mirror above me. This baby inside me was big and bold. He was two weeks late, and he didn’t want to come out into the cold, cruel light of day for anything. I felt him holding onto the umbilical cord tightly, just daring the doctor to pull him out from the narrow incision below my belly button. Despite the spinal that numbed me from chest to toes, I could feel that tug of war, and for a while, I wondered who would win.

Then an aggrieved scream, and he was out, all muscle and sinew and fury. He stared at the doctor with intense bewilderment. What was this place and why the hell was he here? My heart swelled with his earnestness, and I knew my life would never be the same with his presence. His questions alone would keep me up late, never mind the two-hour feedings and later the teenage angst.

The secret? They are both exactly as they arrived. The girl is a beautiful mother and wife, a teacher, and the most generous light-hearted being I’ve ever known. But on tough days, she curls her arms up against herself, battling the world, always asking me to join in and help.

The boy is as tough and muscled as an oak. He can argue the bark off a tree. Yet, he’s as soft as a breeze with his three boys. Love is hidden deep inside his heart, but when he smiles, the world flip flops in joy. 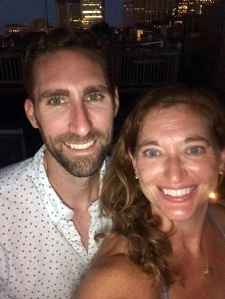 “Grown don’t mean nothing to a mother. A child is a child. They get bigger, older, but grown. In my heart it don’t mean a thing.” – Toni Morrison

139 thoughts on “The Mother’s Secret”