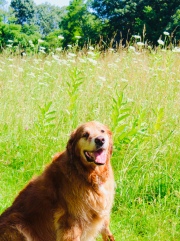 For years I’ve wondered why the best part of the year is called the “Dog Days of Summer.” Most dogs I know (and I’m close to many) aren’t enamored with summer. Too hot for their heavy fur.

My granddog Charlie loves being outside, but on a “dog day of summer,” he buries himself in the dirt (usually in my daughter’s well-loved rose garden) and hangs out there until he’s discovered and chastised. 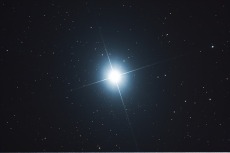 So today, I researched the expression “Dog Days of Summer” to learn that the ancient Romans called the hottest, most humid days  “diēs caniculārēs” or “dog days” (July 3- August 11). These Romans associated the hottest days of summer with the concurrent rising of the star Sirius, known as the “Dog Star,” the brightest star in the constellation – Canis Major (Large Dog).

So then I wondered, does a cat get a star?

Not really. Three constellations represent dogs, but no cats (although there are two lions and a lynx). 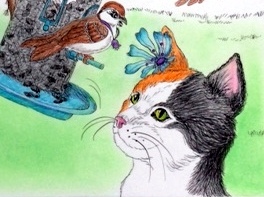 A Star Is Born!
Illustration © Shelley A Steinle.

I have created a Cat Star. Her name is Molly. She will appear to the world in September, in a book entitled MOLLY FINDS HER PURR, with other creatures who perhaps aren’t part of a constellation, but they do belong to….. well, I’ll explain that later.

In the meantime, be a cool cat and cool off, like Charlie my granddog does here.

108 thoughts on “The Dog Days of Summer”