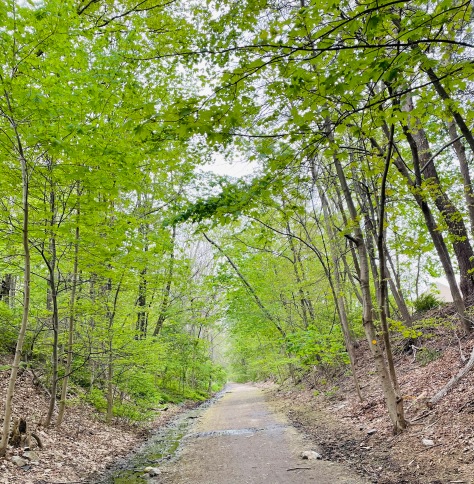 Bees and dirt, trees and highways, humans and

Destruction and construction of a solid space, I

Envy those who find it easy to close their eyes and

Find themselves in another place, another dimension

Green with hope and love and vibrantly violet with

Happiness that shines through the windows of their souls. END_OF_DOCUMENT_TOKEN_TO_BE_REPLACED

I walk the strangely silent town at 7 a.m. The sun is blazing this time of year, when the egrets rise with the golden orb at 5:30 a.m. 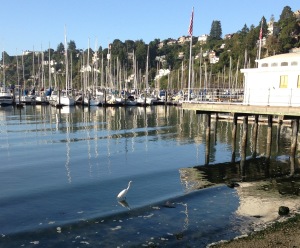 Most of the humans, however, are still blearily eyeing their cups of caffeine.

So I’m almost alone this morning with the seals and the pelicans and the few pedestrians here and there, breathing in the fresh air, enjoying the satisfying strain of muscle, but also trying to fling away the worries swarming my brain like a bunch of bees. END_OF_DOCUMENT_TOKEN_TO_BE_REPLACED

In my little town,  the lights sparkle

Lifted by souls of the living

Who search for the gift of pure joy.

Questions fly to neighbors near and far

Who search for the gift of pure joy

While admiring the view of the world.

Questions fly to neighbors near and far

Are you happy, or sad, or just neutral?

While admiring the view of the world

Where the cardinal and pelican play.

Are you happy or sad, or just neutral

Living in towns, cities and farms

Where the cardinal and pelican play

With wings full of wisdom and grace. 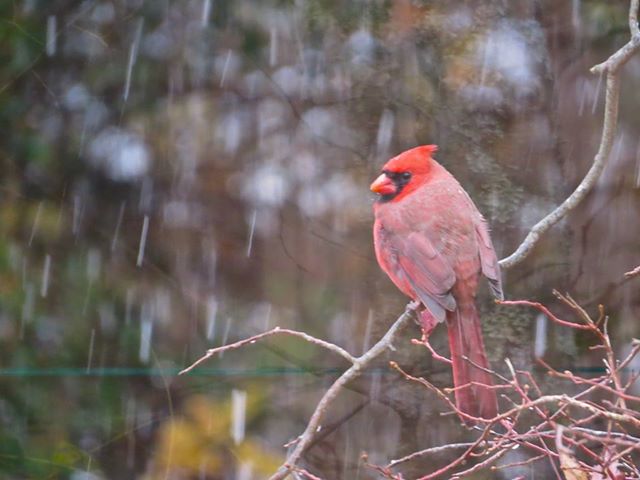 Living in towns, cities, and farms

Worshipping spirits and stars from above

With wings full of wisdom and grace

The answers appear all around.

Worshipping spirits and stars from above

While snow dances or sun sets with a splash

The answers appear all around

If we listen to trumpeting truths. 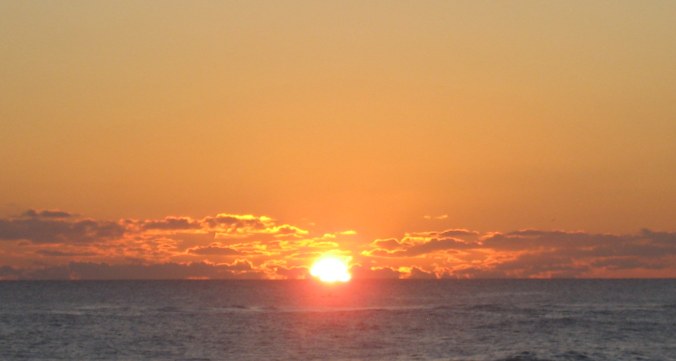 While snow dances or sun sets with a splash

From sea to shining sea

If we listen to trumpeting truths

The message can give us all peace.

From sea to shining sea

We embrace the spirits who soar

The message can give us all peace

Love and joy are in each part of us.

Happy Holidays to you, and may peace and joy abound in your life.

One of the pleasures of moving to New England, after 16 years in California, was learning more about our country’s history, and in particular, our literary history.

I toured the Orchard House (where Little Women was written, and where Louisa M. Alcott lived with her parents and sisters).

I breathed in the literary dust of Emerson while touring his home, just across the street from Louisa’s.

Daily walks from my own home led me pass the Old Manse, where Thoreau and Hawthorne, Fuller, Alcott and Emerson, laid plans for a garden, and a better world.

But I was most affected by my strolls around Walden Pond, just a few miles away, and the stomping grounds of Henry David Thoreau. Every time I took my guests for a hike around the “pond” (much more like a lake) and then meandered around the cabin replica and gift shop, I’d pick up a book on Thoreau’s writings or a book mark with one of his quotes.

You know, Thoreau had a lot to say.

“Be true to your work, your world, your friend.”

“Aim above morality. Be not simply good, be good for something.”

The one I took to heart the most was, perhaps, the simplest one:

Don’t we all know the value of this thought, deep inside?

The more ‘stuff’ we surround ourselves with, the more our heads get stuffed with non-necessities.

The more we add to our lives (items, not friends), the more we lose sight of who we really are, deep down inside.

My man and I took Thoreau seriously. First, we named our new puppy, Henry (Henry David when he got in trouble).

And then we really got serious. We left our beautiful, much-loved 5-bedroom home, and downsized to a 2-bedroom condo.

To make the move, and the change, we had to get rid of a lot of “stuff.” All of my beloved books – off to the library and the thrift shops. Lamps, couches, extra rugs and dinnerware –  sold. Oak headboards, mattresses, linens and towels –  gone. Antique dressers, hope chests, and piano – offered to family and friends.

I never cried for any of it, and to be truthful, never missed it either. The need for those things seemed to blow away, like tiny bubbles in the wind.

I discovered that Thoreau knew it all, back in  the mid-19th century. The less we’re encumbered with possessions, the more open we are to the world around (and inside) us.

That said, I’m going to simplify a bit further for the next two weeks and not write. Gasp! Well, no, I’ll write, but I won’t share my flashes of writerly wisdom while I’m frolicking with grandchildren, swimming in the Atlantic Ocean, avoiding the East Coast jellyfish, and all around playing.

I hope your next few weeks are simply – joyous! 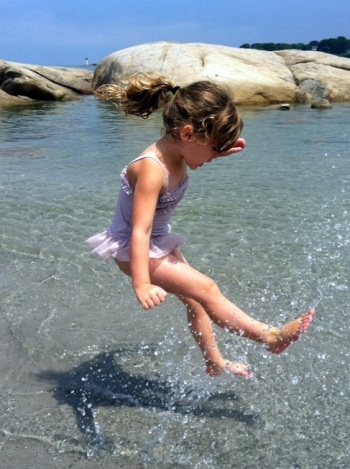 Thirty minutes into my run today, as my body relaxes into a rhythmic routine on the picturesque path along the SF Bay, a mildly familiar figure runs toward me.

But I’m confused. Why do I feel like I know him, and yet I don’t?  The slight man is not particularly tall, but with a stance that’s sure and confident.  His running form is beautiful and light.  His clothes don’t give him away: black tights, a long gray sweatshirt that almost reaches his knees, and a wide black ski band across his forehead, almost hiding his light blonde hair.

But as I breeze past him, I running north and he running south, I realize that it’s… HIM.

“Oh my God,” I whisper. The Way We Were. Downhill Racer. Three Days of the Condor. The Sting.  As I list the movie titles out loud, my words become louder and louder.  All the President’s Men.  Jeremiah Johnson.  Butch Cassidy and the Sundance Kid.

Except for this one man, this one idol, I have never cared about actors or “famous” people of any kind.  But Robert Redford.  He has touched me in every movie, and I’ve just passed him in real life.

I don’t doubt that the running man is Robert Redford.  I had heard that he had family in the town and occasionally visited.  I’d heard of sightings once or twice a year.  But now?  On the running path, my running path?

I stop short, allowing a runner behind me to curse and swerve to avoid a collision.  After mumbling an apology, I turn around just as abruptly, and run toward the movie star.  I’m not going to stop him, or speak to him, or stalk him.  But I want to run past him for one more glorious look at that craggy and tanned face, with gorgeous crevices around his eyes and under his cheeks, a mature man who’s still handsome.

It’s not hard to catch up to Redford.  He’s actually, well, rather slow, despite his good form.  How I want to wave as I run by him, or shout out “Hi! I’m a big fan!” But I don’t want to disturb him, nor be a nuisance.

I sigh and kick back into my pace, passing the man from the movies.  I feel an extra exhilaration from being near him though, and my pace quickens. The early morning sunlight gleams on the bay waters, and the birds flit across the blue expanse. My spirits rise, and I soar down that path like a roadrunner.

I’m on such a high that I don’t hear the voice at first.  Sounds like a distant fog horn, then a grumble, then a real human tone saying, “Miss, uh, Ma’am, uh, excuse me.  Please excuse me!”

I slow down and glance behind me.  Redford is puffing and panting as he tries to reach me.

I’m dumbfounded, but I slow down to let him catch up, and he shoots me a grateful look.

We jog slowly, so he can catch his breath. “Bob,” he finally says, holding out his hand.  “Bob Redford.” 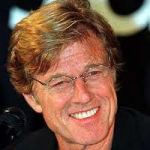 “Pamela,” Bob exclaims, “you are the most unusual runner I have ever seen. You, well, I swear I saw you run off the ground!  How did you do that?”

“This is incredible, just beautiful. I’d like to capture this on film. Do you think … ?”

I shake my head no, smiling wide. “This can never be captured.  It happens rarely, and only on very special occasions.  Thank you though, Bob.”

I hug him quickly, stare briefly into his amazed face, and dash off into the early light of a new day, knowing as I run into the reds and oranges and pinks that I’m doing it again.

I’m running off the ground.