He was a teenager. That’s the first bit of information I should share with you before you judge me.

From the age of 13 to 15, he changed from a huggable, lovable son who bought  me flowers to a changing-voiced male who thought that most of what I said was either simple, silly, or just plain stupid.

I understood. After all, I wasn’t ancient enough to not remember how I felt as a teen.

Fortunately, to the outside world my son was sociable and funny, quick-witted, showing off his dimples often. Top grades at school, enough that it was a struggle to get him to sit at the table and study.

Everything came easy to him. But at home, Sonny Boy was disgruntled and moody. Chores? Snores. The idea of a family vacation was gruesome to him, whether a weekend skiing or even a week at a tropical island.

But I persevered. Glimmers of his natural tenderness showed through now and then. I knew that once he got through the far side of adolescence, I’d have my son back. 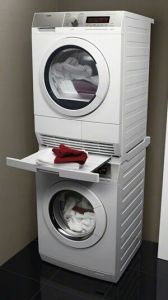 As always, I did the family laundry. One load of whites, one load of colors, two days a week until Sonny hit 13 and his clothes more stinky. I added another laundry day.  I washed, dried, folded, and delivered a pile of clean clothes to each family member.

One afternoon, after school and before dinner, Sonny stomped into the kitchen where he found me preparing our always-on-Monday spaghetti dinner. “My blue jeans are wrinkled!” he protested.

“What?” I turned to him, spatula in hand, confused by the expression on his face. “Your blue jeans…” I repeated after him.

“You folded them wrong!” Sonny said.

Oh Lordy. I didn’t stop to wonder why he suddenly cared about his appearance. I didn’t notice the soft fuzz that shadowed below his nose. But I did feel a long deep rumble of anger grow from my belly to my mouth.

In a soft contained voice I suggested: “You are absolutely right. I did not do the laundry to your liking.”

Sonny nodded a bit of a “see?” agreement.

“Therefore,” I continued, “you are in charge of your own laundry from now on.”

My dear son’s mouth opened wide. “But I don’t even know how…”

“You’re a smart young man. I’m sure you’ll figure it out.”

So, this is where you may judge me, dear reader. I never again cleaned my son’s clothes. And to be fair to him, he never complained.

When I visit him now in his big house with three active sons under the age of 10, I notice the large laundry room Sonny designed.

And I notice that his wife never enters that room.